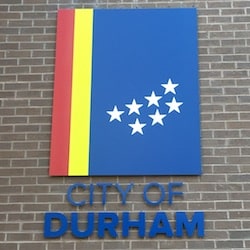 A Second Punch in the Gut

In the history of the Jewish people, we should by now be accustomed to government discrimination against Jews and Israel. Yesterday, an updated, January 2019 draft report was sent to Voice4Israel and the Jewish Federation of Durham-Chapel Hill by the Durham Human Relations Commission (HRC). It is another “Big Lie” in the long history of others blaming the Jews for society’s ills.

In yet another “punch in the gut” to the Jewish community, the current HRC draft, updated yesterday, reneges this recommendation. Of great concern is the shocking admission by the HRC that because the Durham City Council refuses to revisit this issue, the HRC decided to reverse their November recommendation that the City Council remove the singling out of Israel. In essence, the HRC seems to be saying that because the Durham City Council wants this issue to go away, the HRC will oblige by not asking for change. That is hardly a good faith effort to seek justice. Would the HRC treat any other group of people in such a manner?

The HRC has ignored the pleas of twelve local rabbis, our synagogues, and Jewish institutions. Would the HRC ignore other religious leaders in such a manner?

The HRC readily acknowledges that it was unnecessary to single out Israel in the April 16 city council Israel Resolution. Therefore, its inclusion without municipal benefit is by this very nature discriminatory. Yet the HRC has shown no interest in the argument that singling out Israel for no purpose is anti-Semitic.

The updated HRC draft will be voted on at the HRC meeting tomorrow night, January 8, 2019, which starts at 7 pm in a relatively small room in the Golden Belt Office Center, 807 E Main St, Building 2, 3rd Floor Conference Room, Durham, NC, 27701.

It is almost certainly going to be a pro-forma vote of approval. We have been given 10 minutes to respond. Pilar Rocha Goldberg (CEO of the El Centro Hispano), Jill Madsen (CEO of the Jewish Federation of Durham-Chapel Hill), and Bishop Ronald L. Godbee (lead Pastor of Durham’s River Church) are scheduled to be our speakers.

The speakers will cover such things as reminding the Commission of the adverse effects of discrimination, that only the targeted minority group can determine what is discriminatory against us; that it is altogether wrong for a Human Relations Commission to endorse discrimination; that one of the Council Members and local activists clearly engaged in anti-Semitism; that the Commission never asked any participants in the police exchanges what they experience; and that the City Council appears to have violated State policy and state law in the manner in which they used personal emails for public business. In addition, meetings that by law must be openly declared appeared to be closed and conducted in secret.

We hope you will make a showing at the meeting. It may not be possible to get into the room, but sheer numbers in the hallway will demonstrate the depth of our community’s despair at this impending second punch in the gut.