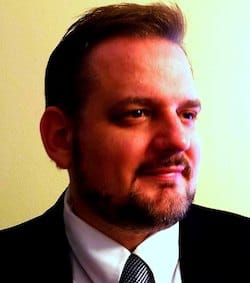 This letter comports with the chief concern of the Jewish community that the Durham HRC is now condoning and endorsing discrimination against the Jewish people.

I am writing you asking that the Commission re-consider the omission of the recommendation “The City Council should revise the language in the April 16th language to provide clarity based on the concerns and findings outlined here” found in the prior November 2018 draft report Findings, and Recommendations on April 16th Statement by Durham City Council on International Police Exchanges.

To point I am deeply disturbed by the reasoning of why the Sub-Committee felt this recommendation should not be included in the final draft of the report for consideration by the whole body of the Human Relations Commission in the reports final vote. With this action you are dismissing the main point of concern voiced consistently by all the major Jewish institutions in Durham including The Jewish Federation of Durham-Chapel Hill, Judea Reform, [and] Beth-El Synagogue.

I take issue with the statement in the draft version dated January 6, 2019 in which it states:

“We do not feel that the HRC’s attempt to revise the statement would be of service toward ameliorating tensions or providing appreciable relief from perceived harm. In addition, it is our understanding that the City Council does not plan to revisit their April 16th “Statement by Durham City Council on International Police Exchanges.”

The HRC Increases Tension in Durham

Is this the same Human Relations Commission that I served from 2012-2018? As I read this statement it seems the Commission is saying that you will not add this recommendation primarily because those that have authority (City Council) to help ameliorate the tension in the Jewish Community caused by the proclamation refuse to revisit their proclamation. Additionally I am unsure how it can be concluded that including the recommendation would not ameliorate some tensions with in the Durham Jewish Community.

To me this is deeply disheartening and problematic. There are several examples in the history of the HRC in which we held elected officials and authorities accountable even though those entities said that they were unwilling to revisit or change current policy.

The three primary examples that come to mind are:

The HRC Is Losing Community Confidence and Is Failing

In addition I find this new statement problematic for the continued success of the HRC. This message can be perceived that the HRC will selectively challenge the established power structure based on the amount of possible push back by those in power. This weakens the trust given to the HRC by the Durham Community and in my mind creates doubts to the ability of the HRC to be an effective agent of change.

I implore the Commission to stay true to the mission, charge and history. There were several times those HRC recommendations caused disharmony within the Commission and each time the Commission held robust discussion on the particular recommendation culminating in a full member vote. I ask that you do the same with the retention of the prior draft’s inclusion of the statement “The City Council should revise the language in the April 16th language to provide clarity based on the concerns and findings outlined here.”