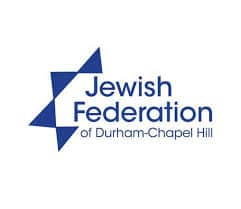 Voice4Israel and the Jewish Federation of Durham-Chapel Hill jointly sent this letter today, on behalf of the mainstream Jewish community, to the Durham Human Relations Commission.

As we have noted with appreciation, the HRC draft report was written with great care and clearly based on research, evidence, and listening to many people on all sides of this issue. Its preparation is admirable. We wish the Durham City Council had applied such great care and sensitivity in their April 16 statement. If the Council had, we would have never needed to bring this issue to the HRC. The HRC subcommittee is a wonderful role model for how the City Council should strive to seek out and listen to all voices.

It bears emphasis that we stated our primary concern from the beginning: “The City Council reached a hasty decision that made the mainstream Jewish Community feel marginalized and unjustly singled out.” We believe they profoundly misunderstand what the modern State of Israel means to Judaism as much of the American Jewish community understands it and we invite City Council members to increase their outreach to Jewish institutions and local community members to foster meaningful relationships and restore trust between the Jewish community and the city of Durham.

To be “marginalized” means having the community despise what we love, based on lies. We embrace justified criticism of Israel, but big lies are intolerable. There is nothing that has happened in Durham or any other city that can be traced to exchange programs. The advocates of leaving the name of Israel in the document chose to exploit the very legitimate effort of the Council to write a policy regarding policing. They asked the Council to add their campaign against Israel to the drafting. Their plan had been formulated and implemented in a national anti-Israel group. Their assertion that the subcommittee draft that includes removal of the name, Israel, from the Statement supports an unjustified and hurtful claim.

On the other hand, to leave the name in does nothing whatsoever to the policy to improve policing.

The assertion we heard Tuesday night that they are insulted by our request to remove the Council’s insult to us is most unusual. For us to object to an insult and ask that it be removed is quite different and cannot be insulting. Put more directly, there is no inherent right for anyone, especially a Government to insult, especially if it adds nothing of value and based on a big lie.

We will try to outline some key issues that arose in the discussion Tuesday night.

Those of you who were at the previous meeting, when the petitioners also discussed this issue in great detail will remember a set of influential speakers from the same group who gave the same talks. While there were new individuals who spoke Tuesday night, their ethnic group leaders had already given virtually the same talks.

We heard from them that Israel must receive a public rebuke based on their memories from another land. They and others have been saying so consistently for decades. Using gross lies (see attachment 1) to link the troubles in the Middle East to those here in the US was the basis of the national organizations that put together the plan executed first in Durham. There is no truth to their accusations of a causal relationship between police training in Israel and oppression of minorities in the US.

As we said in our first presentation: “The petition put forth from the Jewish Voice for Peace and other Israel-demonizing groups, which initiated the process in Durham is part of this hurtful process and is a painful echo of the ancient “blood libel” *. The petition includes the following: “The Israeli Defense Forces and the Israel Police have a long history of violence and harm against Palestinian people and Jews of Color.” This accusation is a classic case of using the Big Lie Technique: tell a big lie, repeat it often, until people start believing it is true. It added another big lie: “These tactics further militarize U.S. police forces that train in Israel, and this training helps the police terrorize Black and Brown communities here in the US.” There is no causal relationship between police training in Israel and oppression of minorities in the US. Charles H. Ramsey, Commissioner (retired) of the Philadelphia Police and past co-chair of President Obama’s Task Force on 21st Century Policing, explained “allegations that exchange programs with Israel are racist… nothing could be further from the truth… simply not true.”

We realize the deeply felt pain of those who suggest that Israel is evil, but that is irrelevant to the affairs of the City of Durham because not even the most avid Council supporter of including the name of Israel on the Statement could find any causal relationship claimed by them. It is valid to criticize Israel when the criticism is based on verifiable facts. However, when it is based on lies, it is illegitimate and harmful. It is not the job of the City Council to issue statements about foreign government actions that have no relation to our city, particularly when unfounded. We too object to adversity caused in Israel/Palestine by both sides, but we did not petition the Council to delegitimize the Palestinians.

According to its website, the Human Relations Commission provides open channels of useful communications among the various racial, religious, ethnic and economic groups in Durham and between those groups and the City Council so that misunderstandings and wide differences leading to conflict may be ameliorated. We ask that the Human Relations Commission formally conclude that this governmental decree was discriminatory and to call upon the City Council to take necessary corrective action.

As the sub-committee draft so carefully explains, there is no need to mention Israel in the April 16 statement. The purpose and vision of the statement initially named “the Israel Resolution” by Mayor Schewel, was to communicate the council’s vision for improving community relations between police and residents. As Councilperson Mark-Anthony Middleton has repeatedly and publicly said, Israel has nothing to do with this. The reason one has to believe that the Council agreed to include Israel in the Statement arose from the inflammatory petition Council members had received, an information sheet filled with outrageous lies and is attached above.

The Statement needs to be changed because it supports and legitimizes a deliberately concocted Petition which presents falsehoods as facts and attributes causal relationship when there is none. It criticizes “militaristic” training and then blames Israel for a non-existent pattern. These inclusions make the statement deeply offensive to rabbis, secular Jewish leaders, hundreds of others, and any fair-minded person, primarily because none of the allegations is true.

Even the claim, which has been repeated to the Commission twice, that no other country shares in police exchanges with other countries is false as seen here where England, Hungary, Canada, Brazil, Austria and Egypt are named; and reported here.

The question of the exact definition of the term “anti-Semitism is not relevant because all parties have agreed that the Council did not intend to write an anti-Semitic Document. We contend that unwarranted Anti-Israel Government sponsored action can and has led to Anti-Semitism by others. This history appears to be an unintended consequence. It is the responsibility of the Council to correct that.

In the words of Bishop Godbee: “When any population of our city is radically adversely affected by the words of its leaders, it is incumbent on the leaders to retract and apologize and not double down on their actions. For the leaders of our city to vilify a proposed program and demonize the people supporting it, based on empirical evidence, is an egregious use of power. To make such a claim is unacceptable for any reasonable human being. The leadership should be measured by its ability to serve all in the city. He ended by saying:” we have a wonderful opportunity here, which is to heal the great hurts in the city.”

The request to reopen the Sub-Committee meetings to hear more from those individuals who spoke Tuesday night is an exemplification of the same pattern of provocation these individuals and groups have been using. They will repeat the same claims, lies, and distorted facts you have heard. They claim they have had bad experiences both here and there. That was the same messaging by their friends, heard at the last meeting. If you are going to resume the Sub-Committee hearings, we repeat a request we have made several times to both the Council and the Commission: please also take testimony from Police Chiefs Davis and Ramsey (and many others who participated in such exchanges) in order to hear a clear first-person account of what actually happens in the police exchanges in Israel.

Robert Gutman, Co-Chair of the Voice for Israel

Michael Ross, Chair of the Voice for Israel

*The phrase “blood libel” refers to the ancient lie that Christian children were killed to use their blood in the making of Matzah.