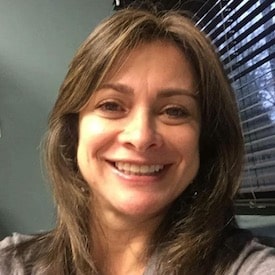 Durham resident and community leader Pilar Rocha-Goldberg wrote the letter below to the HRC in support of their well researched draft report. Rocha-Goldberg is President and CEO of the El Centro Hispano, an organization that advocates “for equity and inclusion for Hispanics/Latinos in the Triangle Area of North Carolina.”

I live and work in Durham. I would like to start by thanking you for the draft recommendations to Mayor Schewel and the Durham City Council regarding the April 16 statement, which included language specifically against Israel and no other foreign country.

I see what transpired at the City Council as a very serious issue of anti-Semitism arising from an action of a Government – I don’t say this lightly, I say this as a progressive community organizer who works hard for equality and human rights.

A small group of anti-Israel activists lobbied the Durham City Council with the message, based on lies and innuendo, that Israel trains police to “terrorize Black and Brown communities here in the US.” It is almost incomprehensible to imagine that these anti-Israel activists succeeded in getting the Durham City Council to single out Israel without a shred of evidence to support such hateful claims.

In addition, I have been troubled by the lack of response by the Mayor Pro Tempore to an anti-Semitic email she received about me when I was applying for the open City Council seat in January (see pasted below my letter). I would have hoped that Jillian Johnson would have responded to her anti-Israel supporters by clearly stating that opposing my candidacy because I attend a certain synagogue is simply wrong and anti-Semitic. She did not.

Please note that the email to Jillian Johnson was written by Elyse Crystall. Crystall is one of the anti-Israel activists who spoke at the November HRC meeting. CC on the email were other leading architects of the virulently anti-Israel petition and campaign – Tom Stern, Sandra Korn, Beth Bruch Noah Rubin-Blose, and Gabriel Baldasare. Some of these anti-Israel activists had the audacity to lecture the HRC at the November meeting on the definition of anti-Semitism. Please don’t take advice on anti-Semitism from people who opposed my candidacy for City Council because of what synagogue I pray in. These folks should be taking sensitivity classes, not lecturing on the subject.

It is clear they have an “agenda” that is not opposed to employing anti-Semitism to see it succeed.

I believe that the Council, with their April 16 “Israel Resolution,” has contributed to an attack on Israel – the Jewish homeland. To many of us, this feels like an attack on the Jewish community. There was no value to mentioning Israel at all in the statement – doing so only caused pain and divisiveness and made the mainstream Jewish community feel attacked and unwelcome in Durham.

Criticizing Israel’s government is totally acceptable. We Jews do that all the time. Specifically targeting and singling out Israel at the City Council level, without targeting any other country, is divisive, discriminatory, and has created an environment that is welcoming and nurturing of anti-Semitism. The April 16 City Council statement – and the fast-tracking, clandestine process that enabled it – is arrogant and undemocratic. It has enabled anti-Semitism to flourish in Durham.

See this important column in the Washington Post by Rabbi Jill Jacobs, “How to tell when criticism of Israel is actually anti-Semitism.” Jacobs, a progressive Jew like me, stated that the Durham City Council’s statement against Israel amounts to an example of left wing anti-Semitism. I agree.

Lastly, I am very thankful for your draft HRC report. In addition to recommending that the City Council remove the singling out of Israel from their April 16 statement, I deeply appreciate the HRC’s careful detailing of the City Council’s lack of transparency and fairness in this entire process.