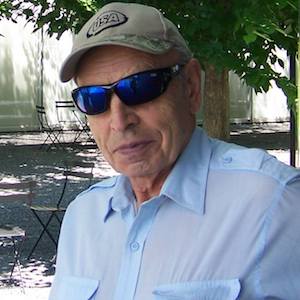 Sven Sonnenberg is an 87 year old North Carolina resident and a Holocaust survivor. His childhood was spent in Nazi-occupied Poland during WWII. As a survivor, Mr. Sonnenberg witnessed horrors beyond most people’s imaginations. Mr. Sonnenberg is author of A Two Step Journey to Hell about surviving the Holocaust. Sven just wrote to Durham’s Human Relations Commission (HRC):

"I fully support your recommendation that the Council removes the singling out of Israel from the April 16 statement. Please vote on and pass your draft proposal so that the Durham City Council finally revisits their divisive, discriminatory statement."

I am 87 years old, a North Carolina resident, and a Holocaust survivor. I am writing the Durham Human Relations Commission (HRC) concerning the April 16 Durham City Council statement that has caused so much unnecessary pain, tension, and divisiveness. I fully support the efforts of the Durham-Chapel Hill Jewish Federation, Voice4Israel, and the thousands of local Jews they represent. I hope the HRC will carry through with your excellent draft proposal by voting to approve this proposal at your December meeting. A lot of repair work is needed by the Durham City Council – passing your draft proposal will certainly make it clear to the Council that they can’t just keep dismissing the local Jewish minority.

My childhood was spent in Nazi-occupied Poland during WWII. As a Holocaust survivor, I witnessed horrors beyond most people’s imaginations. I witnessed deaths and starvation in ghettos, deportations to death camps and pogroms. A pogrom is an unknown term for most Americans. It starts with a spark, a false accusation against Jews. Typically, in Poland or Russia, it is a missing child during Easter week followed by false, quickly spreading rumors that the child was killed in a ritual murder by Jews for getting blood for making matzos (this is called a “blood libel” against Jews). It invariably and regularly resulted in a mob moving into the Jewish quarter and killing, raping, and looting. That “killed child” was always found later being alive and safe.

Anti-Semitism is a mental decease often dormant. To awaken it all you need is a spark, hearsay, lies, falsehoods. It should come as no surprise to anyone that in response to the Durham City Council’s targeting of Israel, a resident felt very comfortable standing up at City Hall and thanking the Council by saying that Jews pray in “the synagogue of Satan.” It should come as no surprise that directly following the Council’s targeting of Israel, anti-Semitic posters and fliers have appeared numerous times in Durham and surrounding areas. The Durham City Council targeted only Israel – that sends a message that targeting Jews is okay. I have seen this all before.

Recently, Jews were slaughtered at a synagogue in Pittsburgh. Mayor Schewel had the audacity to only blame the far right for such hate. Mayor Schewel led the City Council in an unprecedented targeting of Israel – that also contributes to such hate and intolerance.

I commend and thank the HRC for your study of this issue and carefully written draft report. I fully support your recommendation that the Council removes the singling out of Israel from the April 16 statement. Please vote on and pass your draft proposal so that the Durham City Council finally revisits their divisive, discriminatory statement.