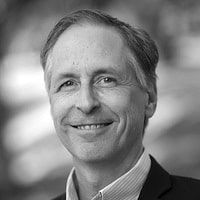 December 10, 2018
Dear Diane and Ricardo,
I want to add my voice to those representing thousands of others in the Durham community who have reached out to you and others on the HRC who wrote the Draft report of November 12th, 2018, on the Durham City Council statement singling out Israel on International Police Exchanges.
Your Draft report has zeroed in on the facts that the Durham City Council singled out Israel in their April 16 statement and it displayed a lack of transparency and diligence in its approach. Your Draft report goes a long way to helping recognize and begin to rectify the discriminatory nature of the City Council’s actions that have harmed so many in our community. Over the last six months, I have witnessed a community that has been the subject of tremendous derision and hate from extremist groups bent on bringing their agenda to our community.  Efforts by groups wanting to use City government to single out and demonize one country in the world, the Jewish homeland, that decry large segments of our community, including most institutions and members of the Jewish community, must not be encouraged.   Your Draft statement would be a breath of fresh air to bring the great majority of Durham’s citizens together and to make a clear and unequivocal distinction between policy decisions based on facts and one’s personal beliefs based on opinion. The HRC appears to be taking its obligation to look at the facts, and the facts alone, of this issue.
I am currently the Chair of North Carolina Hillel, the organization that represents Jewish life for students on 13 campuses across North Carolina. In that role, I have seen and heard of dozens of anti-Semitic attacks on Jewish organizations and students across our state.  The rise in anti-Semitism alone in Durham over this past year, in targeted attacks throughout Durham and on Duke’s campus, have been alarming but perhaps not surprising from many who might feel emboldened by the tolerance.  Many of our Jewish students on campus are fearful for the first time expressing their Jewish faith or their love of Israel.  After the synagogue massacre in Pittsburgh, however, moderates of all faiths came together on vigils across North Carolina campuses and communities to express support for tolerance and to say no to acts that directly or indirectly encourage intolerance.
I applaud you again for your leadership, and I hope the HRC will adopt its sub-committee report at its January meeting. Please do circulate my letter to the entire Commission.
Sincerely,
Adam Goldstein, MD
Chair, North Carolina Hillel
Share V4I