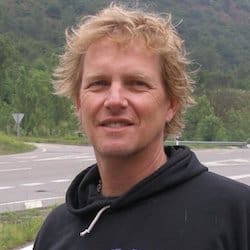 Rene Paul de la Varre, a valued friend and ally of the Jewish community,  wrote the Durham HRC the heartfelt letter printed below. We are proud to have such strong allies as Rene.

I want to compliment and thank you and your committee for the excellent draft report which I have read. No doubt, the April 16 statement from the Durham City Council singling out Israel was wrong. The group who initiated this is known for their anti-Israel activism, who constantly base their opinion on lies and disinformation. I am not Jewish, but my Jewish friends feel unwelcomed in Durham, targeted, and marginalized by the reckless actions of the Durham City Council. I am in pain because my Jewish friends are in pain. “Durham for all” should include the Jewish minority.

I have also lived and worked in Israel on five different occasions. I respect your hard work, therefore, I purposely left out a list of seminars police departments around the country have had in Israel. All who took part raved about what they had learned.

I have followed this situation closely. The City Council fast-tracked anti-Israel foreign policy using non-transparent procedures that make the Jewish community and their allies feel marginalized. Your draft report captures this injustice using evidence and research. Thank you!

I implore all HRC commissioners to do the right thing. Support the draft as its official position for the good of Durham, its Jewish minority, and our country.