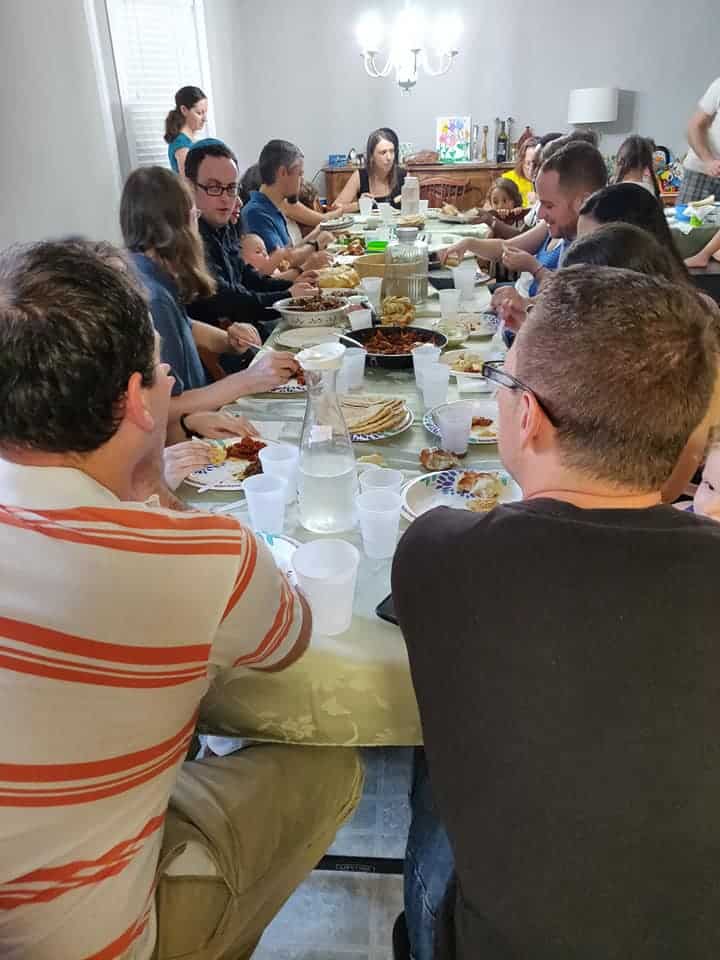 A few months ago we relocated from the San Francisco Bay Area to Raleigh. As we landed with only a few friends, we decided to take it on ourselves to be a part of the local Jewish and Israeli community. Back in the Bay Area, we participated in a few rotating Shabbat Dinners that were sponsored by OneTable, an organization that helps to facilitate these meals. We decided to host our own unique Shabbat dinner, and as Israelis, it was a no-brainer that we should have an Israeli theme.

For our first dinner, we had about 15 people, many of whom never knew each other before coming. We had a great meal (serving Shakshuka with Labane and Mujaddra) and played an amazingly fun and funny game that I have been running for years- Telephonary (if that makes you curious then you should definitely come!). It was so successful, that we decided to host these Shabbat dinners on a monthly basis. Yesterday we had our second Israeli Shabbat Dinner and 30 people showed up!! Again, we had a blast with tons of food, yummy desserts, great conversation and new friendships that were initiated (some people who are doing their Ph.D. in one of the universities in the Triangle and never knew about each other). 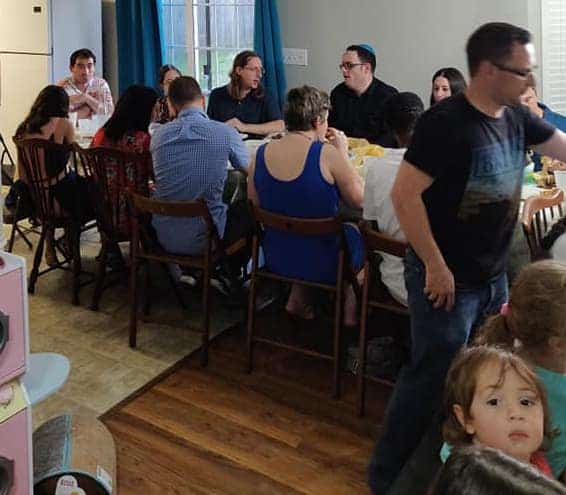 So here is an open invitation, as we are planning to do it again next month, look out for that invite on Facebook or Meetup before all the available seats are filled up. The dinner is free and all are welcome.

Editor’s note: This dinner is a private event and not an official Voice4Israel event.

On the way to this event listen to some Israeli songs of the summer from Camp Shelanu.