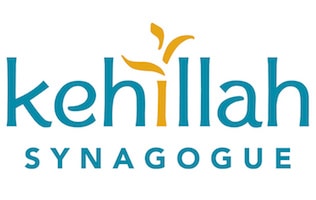 On behalf of its board of directors, The Kehillah Synagogue’s Co-presidents wrote the Durham HRC the impressive letter printed below.

The Kehillah Synagogue of Chapel Hill thanks you for your Subcommittee’s thoughtful approach to addressing the concerns that the members of the Durham-Chapel Hill Jewish community have raised regarding the Durham City Council’s statement on international police exchanges. About one-fourth of our congregants reside in Durham and more work there.

Please adopt the report as drafted when you next meet on January 8.

Thank you for examining in detail the Durham City Council’s statement of April 16, 2018, the circumstances leading to its adoption, and reaching out to the diverse stakeholder groups whom the statement directly affected. Thank you also for attending two community forums, one which the Jewish Federation held that many from the Jewish Community and other faith-based groups attended, and the other that the Judea Reform Congregation hosted where Mayor Schewel answered audience questions. We thank you for considering the many diverse perspectives.

The Kehillah has a deep and well-known commitment to supporting human rights through our Social Action Committee. Our Rabbi and members of our congregation have been leaders in championing the interests of low-income and minority populations in the Durham-Chapel Hill area. We have long-standing, meaningful relationships with many social service and interfaith organizations. The Council’s statement condemning Israel jeopardized these relationships threatening the wellbeing and safety of the Durham-Chapel Hill Jewish community. As so many of the rabbis from the Triangle stated in their joint letter, the statement was a “punch in the gut.”

Your Subcommittee’s draft report highlights the many ways the City Council’s process might have been improved and offers suggestions for the future. We concur. In particular, we support the statement, “Because of the process by which the statement was passed and the fact that the statement could have been written more clearly in some parts, we believe the statement contributed to tension in our community. We also believe there are steps that can be taken to address this. The City Council should revise the language in the April 16th language [statement] to provide clarity based on the concerns and findings outlined here…”

We appreciate the Commission’s commitment to both bringing our community together and speaking out against antisemitism. After the recent Pittsburgh shooting, the Kehillah held a vigil in which over 700 persons from many different faith-based churches participated. Our Rabbi Jennifer Feldman said, “We stand in solidarity against hatred with our LGBTQ+, Latino, African American, Muslim, immigrant and refugee brothers and sisters, and with people of faith everywhere.” The Kehillah members fully intend to work with the Commission and the City Council to continue building strong interfaith relations. Everybody wins by such actions.