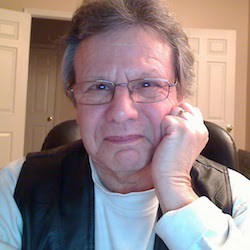 Thank you so much for allowing us to address the HRC in support of the well-researched and considered recommendation from the subcommittee about the reference to “Israel” in the Council’s April 16 memorandum. Not only do we hope that our message resonated with the Commission, but we benefitted from essential insights into how the issue is being considered.

While we understand the main issue to be whether the inclusion of the specific reference to Israel in the document ratified by the Durham City Council is discriminatory to us here in Durham, it became clear that at least one of the members sees the issue as being about alleged discriminatory practices within Israel. We see these as two separate and distinct issues.

If the issue in front of the HRC is about training practices that are alleged to promote militarization of the Durham Police, then we ask that either the singular mention of Israel be deleted, or that all counties, including the US, the UK, Germany, Jordan, Egypt and all countries that offer similar training also be included.

If the issue is about countries where discrimination exists, we ask that Israel not be the singular mention. But if she is to be mentioned then every other country where at least as much discrimination exists such be included as well. Examples would include: The US, South Africa, Syria, Lebanon, Jordan Iran, Egypt, Morocco, Japan, The Islamic Republic of Iran, The Philippines, India, The Kingdom of Saudi Arabia, The Islamic Republic of Pakistan, China, Russia and France to name but a few.

We do understand the immediacy of concern about others who might be close friends and neighbors in our city having experienced discrimination in Durham, Ferguson, Pittsburg, Baltimore and elsewhere. Afterall, those espousing discrimination attacked both people of color and Jews in Charlottesville and elsewhere. The hundreds of centuries of discrimination, persecution and murder the Jewish people have suffered compels us to be aligned with them to fight any type of discrimination everywhere it occurs, including here in Durham.

We do not understand the claim that removing the name, which was needlessly added is an insult to others. There is no right to insult gratuitously. The expressed interest in returning to the original claim by the petitioners that perceptions of discrimination in Israel are relevant to what happens here is itself discriminatory

In conclusion we simply do not understand how discrimination is not defined by singling out one of many. And, as the Supreme Court of these United States has ruled, harassment is based on impact, not intent. Let there be no misunderstanding but that citizens of Durham have been adversely impacted by a discriminatory memorandum. Therefore, there cannot be any reasoned conclusion other than recommending an adjustment to the City Council’s memorandum of April 16 eliminating the singular reference to Israel.