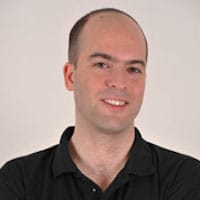 Today Israel plans to become the fourth country to land on the moon.

In honor of this tremendous achievement, Voice4Israel brings you this interview with Yonatan Weintraub who is one of the leaders of the Israeli mission to the moon.

Here is how to watch the Israeli moon landing live.

Yonatan Weintraub is an Electrical Engineering master student and graduate of space studies of the International Space University held at NASA. He gained hands-on experience in space technologies by working as a satellite system engineer for the Israeli Aerospace Industries. Yonatan believes that it is important to nurture the next generation of space researchers and therefore taught high-school students space engineering.

What were the biggest challenges while designing and operating the historic mission.

I think the biggest challenge was to convince the people around us that this is possible to do. In the beginning there were many skeptics and many people that thought that it wouldn’t happen. A lot of those people where right. It was our job to do the homework, come up with a better design, get the export on board and try again and again until eventually we had the best team including Israeli Aerospace Industries who know how to build satellites, we had an engineering team in SpaceIL, volunteers, donors like Morris Kahn and others.

We call this mission from beer to the moon! Could you kindly elaborate.

We started 3 engineers at the bar in Holon, and decided to go for the moon. We registered for a competition organized by Google Lunar X-Prize to send the first private robotic mission to the moon, and the program has been running ever since

Could you say something about the mood in the Halon bar the night the mission was born.

Well I had a few beers, we had the feeling that we might be able to pull it off. I didn’t know back than if we will make it, but it seems like a good idea to try.

Was the initial sketch of Beresheet done on a paper napkin.

We call this mission a path breaking new era in world space history. Can you please comment.

This is the first private interplanetary mission, if we succeed than we show that you can build a mission to the moon at 10% of the cost. We also use the mission as a tool for inspiring kids to have careers in sciences, SpaceIL volunteers have reached over 1M kids, and I hope some of them will choose science as careers.

Do you collaborate with NASA or any other agency?

Yes, we collaborate with NASA about scientific experiment as well as ground stations.

What is the most amazing thing you have experienced during this process?

Working with kids is rewarding, helps you keep on moving even on hard days. Like any startup has.

How do you build a spaceship? Was it all done in Israel? And what is the hardest part of building it?

All of it was done in Israeli Aerospace Industries

Your spaceship is now part of an educational book for children. Do you think that will inspire a new generation of scientists?

Do you think that Israel will have it’s own launch pads at some point?

It already has one in Palmachim.

What is your most memorable moment from this journey?

The launch. The sky lit up as we saw our dream go to space.