Explaining Anti-Semitism and Discrimination to the Durham City Council

Voice4Israel board member Amy Rosenthal sent this letter to Durham City Council member Mark-Anthony Middleton to share her concerns about the discriminatory nature of the Council’s decision to single out Israel.

I have reviewed again your statement from the April 16th hearing regarding police exchanges with Israel. You said “I’m troubled….that the mere mention of a nation is somehow anti-Semitic. I’ve seen that tactic before.” We who support Israel have not said you cannot criticize Israel, I have no idea where you got that notion, but you seem quite pleased to be calling us out on it anyway. All the Israel supporters I know criticize Israel, and America, and Saudi Arabia, and Yemen, and Lebanon, and England, and France, etc, etc. It becomes discriminatory and anti-Semitic when you only criticize Israel, and blame that country while ignoring egregious behavior on the part of others.

"It becomes discriminatory and anti-Semitic when you only criticize Israel, and blame that country while ignoring egregious behavior on the part of others."

You said “the council did not single out Israel.” If this were true, why is that the only country mentioned? Simply because you chose the lines you wanted to select from Chief Davis’ statement, while leaving out the positive experiences she had working with Israel, does not excuse your selective wording. To say “we were just quoting Chief Davis” is a slick way of trying to get out of what you did, but we are not fooled.

You properly asked the question “what does military style mean?”, then never went on to define it. Even so, you and everyone else used the words as though they understood exactly what it means. What kind of research did you do on the matter? How do you know that Israeli police are “militarized”? Based on what data, criteria and research? Did you compare this to other countries who train with American police?

Finally, I found your last words offensive and anti-Semitic. Other groups “would love to have the time we’re spending on this…but when you got more money and you’re better organized….I guess you get our attention”. You should know that the pro-Israel community spent zero dollars on our defense. We had no money, but what we did have, and continue to have, is outrage. That is why we were there. We feel deeply wounded. That is why we will do everything possible to educate people about the wrongs that were done to the Jewish community, wrongs that you played a role in.

Thank you for your time, 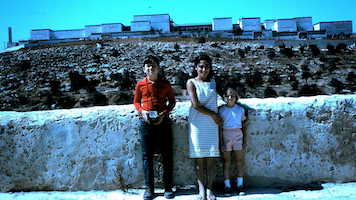 Bio: Amy Rosenthal lived in Jerusalem from 1964-1965. Although I was young, Israel had a powerful effect on me, and I have loved the land ever since. My experience there is an important part of who I am. I am dedicated to seeing Israel thrive in the future.