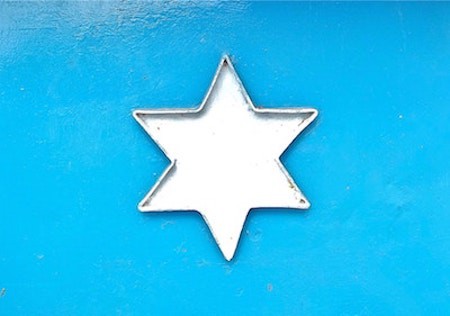 by Peter Reitzes and Ethan Hertz

Both authors are speaking on their own behalf and not on the behalf of any organization.

On October 4, Mayor Steve Schewel spoke at a 7:00PM members-only event at Judea Reform to answer questions about the Durham City Council’s “Israel Resolution” which made Durham the first city in the United States to specifically boycott police trainings with Israel.

About 60 Judea Reform members attended this intimate event. Several non-members (about 2-3 young adults) were permitted to attend but could not ask questions. One was 15 years old and someone one of the authors of this account happen to know. Two commissioners from Durham’s Human Relations Commission (HRC) also attended. They did not identify themselves at the meeting and did not take or answer any questions.

We did not record the event and do not have a recording of the event, so everything we write here comes from memory. This column was fact checked before publication by several Judea Reform members who were in attendance.

Mayor Schewel spoke for about ten minutes and then took questions. The event was planned to take place from 7:00-8:30PM. There were so many questions that the mayor allowed the meeting to be extended to about 9:10PM. It was clear that more people would have asked questions or asked a second question if the event were even longer.

In his introductory remarks, Mayor Schewel said that the reason the Israel Resolution focused on Israel was because former Chief Jose Lopez received militarized training in Israel. He repeated Lopez’s name two or three times. Schewel did not mention the current Chief of Police Cerelyn “C.J.” Davis in his introduction. Mayor Schewel addressed the question of revisiting the resolution in his introductory remarks. He explained that the April 16 statement was a decided issue, and that revisiting the April 16 statement would just start the whole process over again with angry people on both sides of the issue confronting him and the other council members, and that his opinion would not change. Several people who attended noted that the vast majority of members in the room were extremely disappointed in that answer.

About 95% of the questions could be fairly characterized as critical of the mayor and council for singling out Israel and for embarking upon foreign policy with Israel. Two of the questioners were sympathetic to the mayor, but did not attempt to defend the April 16 Israel Resolution when speaking. Instead, for example, one of the questioners stated being sorry for public record requests made to Durham on this issue.

After the mayor spoke for about ten minutes, congregation members were instructed to form two lines to ask questions from two microphones which were controlled by moderators. Congregation members were allowed one minute to ask their questions – some took longer and needed reminders to finish their statement and question. Approximately 15-20 critical questions were asked of the mayor before a single person asked a supportive question. Many in the congregation were clearly upset with Mayor Schewel and the Council for targeting Israel.

Mayor Schewel was asked over and over again to explain why he would not revisit the issue at the Council level. He kept repeating that he had already answered the question earlier and would not answer it again. The mayor said something like “asked and answered” which visibility frustrated many congregation members with some yelling out things like “No you didn’t.” Finally, after being repeatedly asked or “repeatedly badgered” to answer (as one member put it), Mayor Schewel did give a curt answer saying that revisiting the statement was not going to happen.

A new member of the congregation politely said to the mayor that if this were any other minority group – the Council would have listened and paused the process. The member stated that it is only the Jewish minority in Durham that gets ignored in such a way. We saw and heard many congregation members nodding and speaking up in agreement to this point.

Two congregations members from immigrant families both spoke about members of their families and friends who are Arab and Muslim. Both repeatedly emphasized that for the most part, they saw excellent relations between Israelis, Jews, Palestinians and Muslims, and that they felt that actions like the City Council’s created a rift between those communities, rather than helping resolve problems. These two separate speakers, one being college age, rather captivated the congregation with their heartfelt personal stories and pleas to the mayor to remove Israel from the statement.

The mayor repeatedly called on the Jewish community to hold forums to discuss the Israel-Palestinian conflict. About two members said this was important while the majority of speakers were focused on asking the mayor to remove Israel from the statement. Members were visibly annoyed when the mayor kept returning to the topic of forums on Israel.

One member pressed the mayor on why he ignored Police Chief Davis’ full memo related to this topic and chose instead to use a single sentence out of context from Davis’ memo.

The first author thanked Mayor Schewel and the council for attending and asked Schewel why he opposes the Boycott, Divestment, Sanctions (BDS) movement against Israel (as he stated in his intro), yet donates to Jewish Voice for Peace (JVP) – an organization that supports BDS. The mayor was also asked why he didn’t disclose that he was a donor to JVP. Mayor Schewel said he had donated to JVP one time and disclosed this donation to a few people. Schewel said this donation occurred about five years ago. Mayor Schewel did not mention that CauseVox, a fundraising website, reports that around 2017 Schewel donated to JVP. Schewel shared that he also has donated to J Street and the New Israel Fund. While the first author had many follow up questions, he did not ask them, said “thank you,” and returned to his seat.