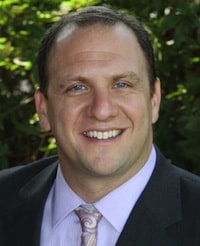 Rabbi Daniel Greyber wrote the following letter to his son, Alon, before he went off to college. Voice4Israel is honored to share it with our readers.

"I wish that I could tell you that Jews are safe in a world without Israel, but I cannot."

A Letter to My Son

I wish that I could tell you that Jews are safe in a world without Israel, but I cannot. A few weeks ago, we watched Schindler’s List. Your ima and I have given you a Jewish identity without a lot of focusing on the Shoah (the Hebrew word for the Holocaust). We have given you Shabbat and Jewish prayer and holidays and Hebrew and Torah study and mitzvoth as the foundation to your Jewish identity. While we never hid the Holocaust from you, we waited until you turned 16 to show you Schindler’s list. It is not until this summer, after many previous summers at Ramah, when you will travel to Poland that you will learn more deeply about the crimes that were committed against our people just 75 years ago. We did not hide these things from you, but waited to introduce them to you because there is a downside to sharing this history with you: the darkness of the Shoah can be so powerful that it overwhelms light and hope. I hope that as you learn about the Shoah, you never lose hope in God and hope in the capacity of the world to be redeemed. But I also hope that you learn that Israel must exist if the Jewish people are to be safe from genocide. I wish I could tell you that America will always be safe for Jews; I cannot. Germany was a progressive, enlightened society; people thought it could never happen. It did there. It can here.

Israel is important though, not only as a refuge. Your abba is a rabbi who loves the Jewish tradition of study and prayer but I accept the Zionist critique which the rabbinic Judaism the developed in the diaspora left us with enormous intellectual gifts but deprived us of wisdom that only comes with the responsibilities of self-governance. Rabbi David Hartman wrote: “Israel expands the possible range of halakhic involvement in human affairs beyond the circumscribed frameworks of the home and synagogue. Jews in Israel are given the opportunity to bring economic, social, and political issues into the center of their religious consciousness.” Only because of Israel do we now have modern music, and television, and film and literature in Hebrew. Only because of Israel are the Jewish people able to send help after an earthquake in Haitii or to advise California on how to solve its water crisis. A sovereign Jewish state is the great religious and moral challenge the Jewish people have embarked upon in thousands of years. In 1762, more than a century before Theodor Herzl launched political Zionism, Jean-Jacques Rousseau, writing in Emile, said, “I shall never believe I have heard the arguments of the Jews until they have a free state, schools and universities, where they can speak and dispute without risk. Only then will we know what they have to say.” He was right. If Israel disappears, much more will be lost than just a refuge. It is a blow from which I do not know the Jewish people can recover again.

"Judaism’s most audacious idea may be that, in God’s eyes, we are not small. We matter."

Of course, this begs the question, why should the Jewish people matter to you? You are a scientist, my son. I believe God blessed you with a great mind, even if, in your mind, you are not sure you believe in God. You, better than I, sense how big the universe is – that we launched a spacecraft to Jupiter in 1989 and, after traveling at a speed equivalent to flying from Los Angeles to New York in 82 seconds and using “planetary gravity assists,” Galileo finally arrived — six years later! Our solar system is one of 100 billion star systems in the Milky Way, and the Milky Way is one of about 30 galaxies in what astronomers call our “local group.” We are small. Judaism’s most audacious idea may be that, in God’s eyes, we are not small. We matter. “The greatest sin of man,” wrote Rabbi Abraham Joshua Heschel, “is to forget that he is a prince — that he has royal power.” I cannot prove to you your life’s worth, my son; I can only bequeath to you the knowledge that you matter a great deal, that within you is an entire world of potential and goodness. I cannot prove to you that the Jewish people matter; I can only bequeath to you my faith that the people of Israel matter a great deal, that we have brought knowledge and love and faith and light into the world. It is a privilege to be a Jew, my son. We are no better, no worse, than other peoples. We are a small, fragile fragment in a sea of human life. Our task is eternal – to bring God’s light into the world. We matter. You matter. And because these things are true, Israel matters as a place to keep us safe, as a society within which the Torah can be most fully brought to life, as a culture through which our people can most fully know ourselves and the world. She is not perfect. Nothing is. But she is ours, and she matters more than we can know.

Daniel Greyber is rabbi at Beth El Synagogue, a Conservative and Orthodox synagogue in Durham, NC that welcomes many intermarried and gay and lesbian families and is home to a politically involved population with widely divergent opinions on everything. Greyber is the author of Faith Unravels: A Rabbi’s Struggle with Grief and God, was ordained by the Ziegler School of Rabbinic Studies in Los Angeles and received Bachelor’s and Master’s degrees in Communications from Northwestern University. Most importantly, he is married to Jennifer, and is the proud father of their three sons, Alon, Benjamin, and Ranon.

Through the study of Jewish narratives about Israel and the unpacking of the complex meaning of peace in the Jewish tradition, participants are invited to explore the ideas and values that animate different attitudes toward the conflict and how these values shape their own political understanding. This introductory session at the Levin JCC will be followed by 12 course sessions, beginning October 11 at 6:30pm.