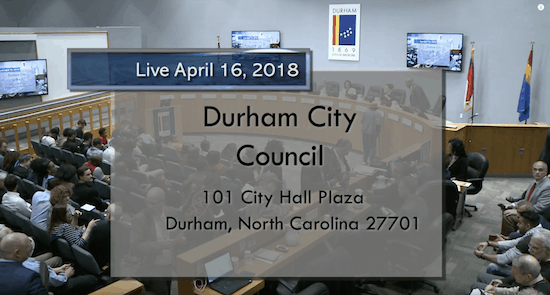 On April 16, 2018, Durham, NC became the first city in the United States to boycott police trainings with Israel – the only Jewish majority country on the planet. As explained by the Mayor Pro Tempore of Durham, the City Council issued “a statement affirming a city policy against police exchanges with Israel.”

Punch in the Gut

In a prominent article, 11 area rabbis explained, “For many Jews in Durham, that vote felt like a punch in the gut.”

The Mainstream Jewish Community Responds to this Injury

"While we recognize our diverse community views, we speak for many community members who are ashamed of and appalled by the recent actions of the Durham City Council. On April 16, 2018, the City Council unanimously endorsed a statement imposing a total ban on police exchanges with only one country in the world: the Jewish nation of Israel. There was no evidence to support the City Council’s actions, only propaganda lies promoted by a group that has well-documented animus toward the Jewish state.

The City Council’s actions against the Jewish community in Durham and its surrounding area have created unnecessary tensions and a deep divide in our community, indefensibly giving anti-Semites a platform and sending the message that anti-Semitism will be tolerated, and perhaps even encouraged, in our community. We need your help in addressing these problems, to restore respectful relations among the people of Durham, and promote mutual understanding and regard for all citizens..."

Read our full letter to the HRC here

It Not Over By a Long Shot!

On June 5, 2018, Voice4Israel and the Durham Chapel Hill Jewish Federation​ presented to the HRC. Based on the merits of the written materials we offered and our oral presentation, the HRC decided to create a subcommittee to research fully the injury the local Jewish community feels it has suffered. We include here our June 5 presentations to the HRC and the additional information provided. We will keep the readership informed as there are new developments.