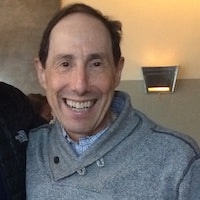 Voice4Israel Continues to Speak Out

Voice4Israel board member Mike Ross wrote this open letter to the Durham City Council on August 16 objecting to the Council’s demonization of Israel and the Mayor Pro Temore’s perpetuation of the myth that Israel indiscriminately targets civilians.

I was prompted to e-mail in response to a retweet by Jillian Johnson in solidarity with UK Labor Leader Corbyn. In so doing, you seemed to want to perpetuate the distortion that Israel was indiscriminately killing civilians in Gaza.

The vast majority of Gazans who have died were terrorist organization members, intent on mayhem, deviously hidden among civilian demonstrators. The tweet’s misrepresentation, is what the terrorists count on, and it helps ensure that they will continue their malign behavior, at the cost of more suffering, primarily of their own people. I wish you had not retweeted this, as it suggests an alignment with the goals of Hamas to destroy Israel. It encourages the belief in our community, that such desires were the true motivation for your insistence that the City Council Statement single out Israel.

The City Council’s statement to apparently ban all types of police training only in Israel, has left our community with dismay. This decision was made after your countenance of a two hour City Council Meeting segment, largely devoted to putting Israel on trial. Many spoke to convince you that Israel is delegitimate and guilty of irredeemable crimes. Their words were of a similar nature as the tweet’s message.

I care deeply about the welfare of Palestinians, and would be over joyed to see them live in the peace, prosperity and dignity, which all people deserve. Members of the City Council, please consider whether the demonization of Israel, (to which your actions, deliberately or not, have contributed), is really helpful in finding a pathway to such a peace.

Jacob Siegel a New York based writer who has written for The New York Times, and many other publications, wrote this taken from his recent article regarding another slander of Israel, Lullabies and Blood-libels:

"to justify the unusual reproach directed at Israel among the many states of the world, evidence of unusual guilt is required. The evidence…being, not the basis for judgment, but the means of justifying a pre-ordained conclusion. In this worldview,…Israel’s guilt exists independent of any particular actions it takes. Where no crimes are on hand they must be fabricated to serve what is taken on faith as a greater truth…Great crimes—even brutality against children and cold-blooded murders—rather than shocking the conscience, provide the comforts of reassurance in a live-action morality tale."

This quote I believe can be applied to the deliberate misrepresentation of the Gaza violence, inherent in the tweet. I imagine you would not agree that these quoted words also apply to the City Council Meeting proceedings of April 16th. But please consider it from our view, as many of us were left feeling that they unfortunately do indeed apply.

I very much appreciate the opportunity to correspond with you. Thank you for your attention and consideration of my impressions.

Michael Ross has been an active supporter of Israel, having served as president of the Raleigh B’nai B’rith chapter, chairman of the Raleigh/Cary JCRC and president of Voice4Israel. He is an AIPAC National Council Member and Tikvah Society Member. He lives in wedded bliss with his lovely wife Elizabeth in Raleigh. They have two children Matthew and Emily. A neuroradiologist, he has practiced with Wake Radiology for 28 years.