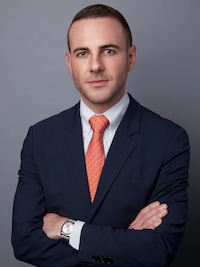 Benjamin Ryberg, Chief Operating Officer and Director of Research at The Lawfare Project, joins Peter Reitzes to discuss its impressive victory against anti-Israel discrimination. Mr. Ryberg served as lead council on the Lawfare Project’s victory and settlement against the National Lawyers Guild (NLG), an organization in the United States that initially refused to sell advertising space in one of their publications to an Israeli organization.

Read more about this settlement here at the Jerusalem Post.